The blinding sun arrives to paint the dawn
With red and yellow strokes against the sky
The frost has melted on the dormant lawn
While crickets chirp a lonesome lullaby
All birds retreat as worms have disappeared
Their daily song a now nostalgic tune
Escaping to a fruitful atmosphere
Where days are long and daffodils still bloom
The song of spring must now be sung within
Until the ice and snow begin to melt
The songbirds will return and once again
The birthing of a season shall be felt.

There’s but one thing that’s left to circumstance
Can hearts endure the song without the dance?

Like a moth to a flame, I’m drawn to you
In love with the very thought of you
When your warm and loving presence I sense
I abandon all caution and common sense.

Whatever the coming seasons may bring
Our love is the song that my heart will sing.

Heavy, humid morning air
a gentle calming breeze.
The remnants of a nightmare
I enjoy, though ill at ease.
Barefoot in the morning grass
soft rain against my skin.
I feel a hint of yesterday’s hell
in this heavenly moment I’m in.

New love can be a painful seed to sow
And always must be tended to with care
It sprouts, and then a thorn begins to grow
As hearts collide endeavoring to share.

It takes a willful soul to overcome
The trials and tribulations of romance
And giving up may be the cure for some
But love that’s true will take another chance.

If we can plant the seed of love that knows
Accepting thorns are chances to forgive
Then love will always blossom as it grows
Within our hearts as long as we shall live.

And so we wait to see what we have sown
A love that wilts and dies or one that’s grown.

like two pieces of a puzzle that were never completely

separated. One small part of a bigger picture

that becomes clearer when you realize

that all of the other pieces are missing and

There is no big picture in which you appear.

Anger will not feed you
Nor pay the rent that’s due
But if you let it seize you
Taints everything with rue.
Rather, let it run its course
As atoms rearrange
Returning as a wealthy source
Of spiritual spare change. 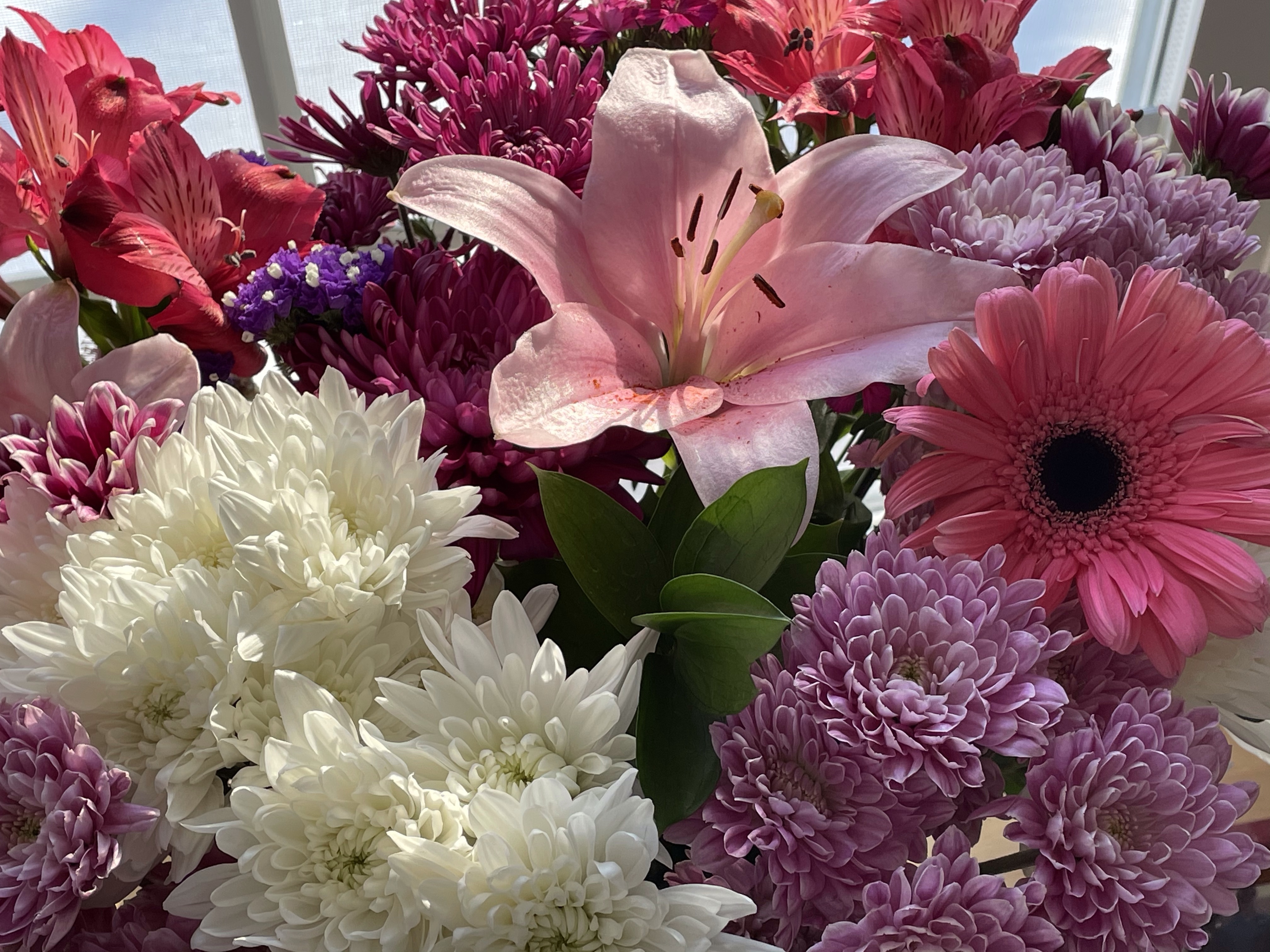 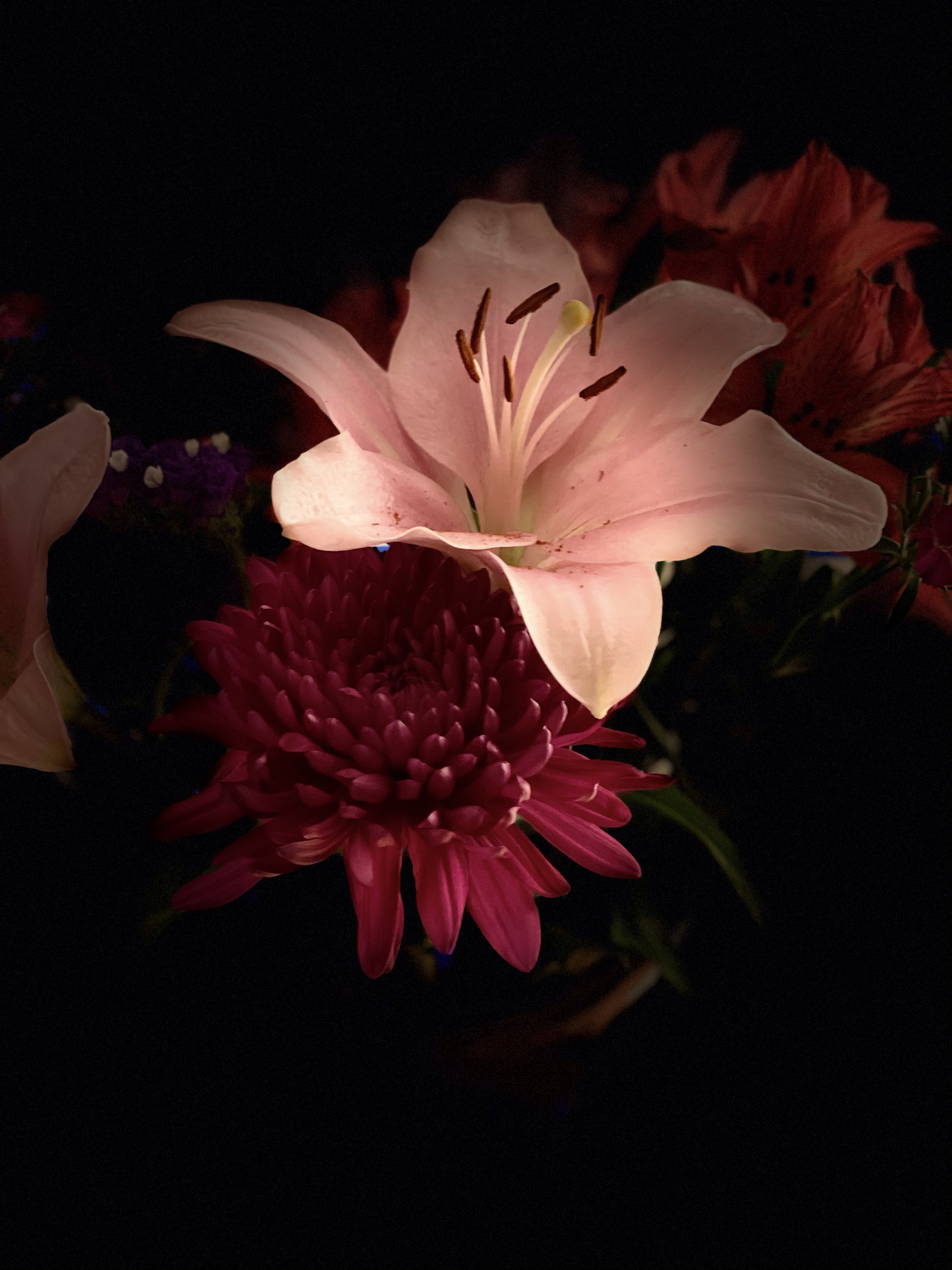 And if the world should end for me today
Tomorrow would arrive just like before
Unchanged in such a small and minor way
That I would wonder “what was I here for?”
As war and peace continue on at odds
My presence never stopping fatal blows
As hungry children worship faulty Gods
Believing this is just the way life goes
A sadness now has settled in my heart
And failure is an option I embrace
As suddenly I realize my part
Amounts to nothing more than wasted space.

As every day grows more and more the same
It seems that I find less and less to blame.

At last, the sun returns to warm this day
The gloom that filled this room is dead and gone
And like a child, I find myself at play
Now prompted by an urging to move on

For what is done, is done. The past has passed.
What purpose would be served to linger there?
The precious moments passed us by too fast
Consumed by unknown futures we’d prepared

So just in case said future slips away
I’m cashing in my yesterdays each day.

She’s found a place where she can hide
And when she’s scared she crawls inside
In there, she can escape reality
She goes there often on her own
To think or cry or be alone
Where no one can malign her misery.
She tried to hide within the room
But seekers flocked to fix her gloom
They’d find her under table, desk or shelf
And so she chose the only place
Where no one can invade her space
When she’s afraid she hides inside herself.

The snow capped trees are drooping from the weight
Of crystal ice and snow I’ve come to hate
A little taste of beauty is enough
I’ve had it with this fluffy, flaky stuff!
The skiers are elated as they glide
While I am irritated as I slide
Around a yard that’s now a skating rink
And so I close my eyes and calmly think
Of daffodils all lined up in a row
Beneath the several feet of ice and snow
I see the hollyhocks all standing tall
And creepy crawling vines along the wall

Excuse my manners here for just a bit
No more snow! I’ve had it with this shit!

*25 inches of snow last week and I am still shoveling!
I need to rent a husband. lol

Suddenly, the magic begins to subside
And reality crashes through the barrier
I’ve so masterfully maintained
The truth invades my heart and soul
The tears begin to flow
Like a river that has outgrown
The holding power of the mighty dam
I begin to ask “why”
There is no answer. No solution
No quick fix or patch that will stop
The flow of pent up fears and tears
Or this feeling of helplessness
And inability to fix what is broken
I am powerless to heal what needs healing
Unable to fix what needs fixing
Including my own broken heart

Two eggs, resting side by side
One shell, in which two chicks reside.
One grew strong, as cells divided,
The other disappeared inside it.
Together, they grew as one, these two
Now so conjoined, that no one knew.

The innocent victims of nature’s flair
United, yet perfectly unaware,
That when they reached maturity
The one inside, would grow to be
An equal but opposite identity.

Now the one we see, in reality,
Unknown to us, would share
With one inside, who’s been denied.
The ‘one’ who isn’t there.

Might every rooster in life’s pen
Have inside himself, a hen?
Or an evil other, awaiting the chance
The proper time and circumstance
To ‘come out’ from within?

When examined with an open mind
More of us, I’m sure would find
A truth that others simply won’t
In what we see, and what we don’t.

Poets paint their art with words
Their brush, a mighty sword
With innuendo here and there
They strike familiar chords.
With words absurd, their meaning blurred
They seduce a fleeting thought
But never assume it’s their personal gloom
For often it is not.
The pain and joy they oft employ
To render their reason to rhyme
Are tainted by the readers’ eye
Unequipped with a poet’s mind.
So when you read a poet’s words
With toil so well defined
That a miner, with a lifeless bird
Is planted in your mind.
It may well be reality
Just not of their own kind.

I can’t possess the moment of the breeze
Or capture smells from flowers growing wild
I can’t abolish needless tragedies
Or dry the painful tears of every child
I don’t recall a time I did not long
To save the world and rescue every heart
I don’t think small but I have been so wrong
To think that I could carry out that part
I won’t give up although it seems in vain
My mission to find passion in this world
My powers to rekindle dwindling flames
Are limited but still will not be hurled
I cannot let my love of life expire
As long as there’s a spark I tend the fire.

Joe Biden & Kamala Harris have won the Presidency. We have made America great again. Celebrate but remember to stay safe.

In restless hours
of the night
I am your flower
bathed in light
in candles’ glow
two shadows dance
two souls engaged
in mindless trance
beyond such things
as place and time
your rhythm sings
in tune with mine.

The winter’s freeze has stripped the trees at last
One lonesome leaf left dangling on the limb
And not unlike the days of winters past
Each day is prey to Mother Nature’s whim
The garden that was once a scape of green
Is covered now with crystal mounds of white
The path goes in and out and in between
And like a maze it leads us back to night
That beacon in the midnight sky prevails
As daylight finds another path to cross
My mind is on a distant wooded trail
A forest deep where you and I are lost
Discovering some new and sacred ground
And wishing only never to be found.

An egg is just an egg
when it lands within the nest.
Without a rooster’s presence
an egg’s an egg… at best.

An egg is just an egg
no matter what the beast.
How can one be called a being
and the other just a feast?

An egg is just an egg
no matter what they preach.
The power to heal the living
May be now within our reach.

A piece of steel is not a bridge
no matter how it’s bent.
An egg is just an egg
not a being by mere intent.

Those yesterday feelings
creep up like a ghost
consuming and blooming again.
Invading the space
where we flounder with grace
and corrupting
our need to transcend.

Once in a blue moon

I leave this painful existence.

I travel to another reality

Where I am joyful and free.

Sadly, once in a blue moon

Is nowhere near enough.

Which way to go to find the end
Where strands of gold lie waiting
So many tangled threads to tend
The spider squirms, imprisoned within
The fortress of its own fabrication.

Beware the night
of fear and fun
when all us ghosts
and demons come
to haunt and hunt
with ghastly goals
and prey on
unsuspecting souls.
And if you fail
my meek demands
your soul’s forever
in my hands
whose tricks do not
include defeat
and you my sweet
shall be my treat.

I watch the rain fall softly on the ferns
And form a perfect droplet on each frond
Such innocence in action that soon turns
The muddy little puddles into ponds
That grow in strength to overflow their beds
Consuming all that lies within their reach
Transforming homes where hungry mouths were fed
Into a lonely stretch of endless beach.
Where blissful backyard bashes reigned before
And rain fell on the land and graced the slopes
Those grassy knolls once there, are nevermore
Just hearths reduced to piles of shattered hopes.
And so it is when Mother Nature turns–
A faucet unattended drowns the ferns.

Sometimes we waste the precious gift of time
and wake to find the forest is on fire.
The flame was lit with blissful words of rhyme
then left to simmer on a raging pyre
And now the hidden colors come to light
As green subsides, forbidden hues ignite.

Whispers in the Wind